Worldview: a comprehensive conception or image of the universe and of humanity's relation to it.

EVERYONE HAS A WORLDVIEW!

Everyone has a worldview. It is how we see the world around us, and it is the filter we use for interacting with others. Our worldview is something that develops over our lifetime. It is formed by our upbringing, our environment, our experiences, our education, our religious beliefs, our culture, and everything else that touches our lives.

YOUR WORLDVIEW IS AFFECTING YOUR WHOLE LIFE!

Our worldview is often something we don't think about, but it impacts every facet of our lives. Not only that, but others have worldviews which are dramatically different from our own. It is often in those differences that conflict takes place. Most people believe their worldview is the correct one, and therefore, other worldviews are wrong. Understanding our own worldview and the worldview of others may not solve all the issues of life, but it equips us to work toward a positive outcome.

WHY A WORLDVIEWS SEMINAR?

This seminar is offered to help you understand some of the major worldviews and how those worldviews impact significant areas of thought and life. You should come away with a better understanding of why you see the world the way you do and why others behave the way they do. In an ever-increasingly confusing and conflicted world, there is growing fear and hopelessness because people don't understand why things are the way they are, either in their life, or in the world around them. This Worldviews Seminar should help you to understand why things are the way they are, and that understanding will point you to the hope and peace available to anyone who wants it.

Every human being in the world has a "worldview" - that is, they have a grid through which they make decisions for every aspect of life.

6:00 pm – Doors open, and check-in begins. Coffee and refreshments will be available.

8:00 am - Doors open. Coffee and refreshments will be available.

This Worldviews Seminar is being hosted by Calvary Chapel French Valley. Please do not hesitate to contact us if you have any questions about Calvary Chapel or this seminar. Click the button below to register now. You can attend this seminar for free.

Aside from the Biblical view of theology, including Judaism, there is with every false, theological belief system an underlying premise wherein man is ascribed a degree of self-deification, whereby he is innately enabled to save himself through his own acts of what each group defines as "deeds of righteousness." The Bible, on the other hand, resolutely disavows any form of human righteousness that can be attributed to our salvation, as even our "thoughts" are evil to the core (Genesis 6:5), and whatever we deem as righteous from our own distorted view is in truth equal to a used, menstrual cloth (Isaiah 64:6). Therefore, we will clearly see the differences in the various "man-centered" views we will examine.

The word "philosophy" literally means, "love of wisdom." However, as we will see, there is a worldly love of our narcissistic selves, out of which comes a philosophy based on the premise that we are indeed "our own gods." Now certain groups may not actually refer to themselves as "gods," but that is indeed what is happening, as man-centered philosophies focus on the idea that through the pursuit of knowledge, just as Aristotle proclaimed, we can reach a point of "self-deification," whereby we will be able to understand all of the mysteries of the world. However, Psalm 139:14 makes it quite clear that the very essence of our being cannot be grasped apart from the starting point that God, in His infinite wisdom, created and formed the most minute microcosms of the entirety of creation.

Every group has an "ethical" standard based on their grid for truth, but even in a "religious" context, apart from Eternal Biblical Truth, that grid will in some way be based on the allowance certain aspects of human corruption to be justified, as we will see in Islam. On the other hand, for those groups whose ethical standard is based on "human reasoning" and perception, then what we see is a whole scale embrace of all types of sexual perversion as acceptable, and this is also seen in certain religious contexts, as with Islam and Mormonism. Indeed, in the Ancient Near East, all of the "gods" had the same human weaknesses as men, and the gods, consequently, were merely "deified men." However, what we will discover is that man-centered ethics always succumbs to compromise, and the compromise results in very self-destructive concepts.

This is one of the most significant aspects of one's world view, as it deals with the very essence of our existence, and the existence of the universe as a whole. And within this biological view, as with the idea of ethics above, our sexual identity is a significant aspect of our overall view of biology. Thus, does our view of biology include a mere chance happening, with no real direction, but rather "accidental occurrences" that resulted in the world we live in today, or, as with Psalm 139:14 above, was there a divine plan for every microscopic particle in this universe? Depending on how one weighs in on this subject will be the basis for one's whole life, which will include every venue of one's view of civilization as a whole.

Sociology, like ethics, is unequivocally based on a "moral grid" that guides every venue of one's life. As we go through this aspect of one's world view, we will see that historically, one's sociological perspective will affect all aspects of the type of civilized society one lives in, and that includes what changes take place over time - either changes that indeed bring about the True and Eternal Life that Jesus promised (John 10:10), or changes that escalate into openly, legitimized forms of tyrannical dictatorship and sexual perversion. For example, when our country was established, slavery was an accepted form of sociological behavior, but it was the Christians in Great Britain who first outlawed slavery in the British Empire, and ultimately through the Civil War here in the United States, slavery was abolished. However, in a host of non-Christian countries, including some Muslim nations and people groups up through today, slavery is still embraced. What made the difference in the Great Britain and the United States? That difference was the fact that because our country was based on God's Eternal Word, as time went by, God's sanctifying process for society began to occur, resulting in change and conformity to His Word, in the same way God's sanctifying process changes us as individual believers in Jesus Christ. Thus, we will examine the "foundational grids" embraced by different groups. 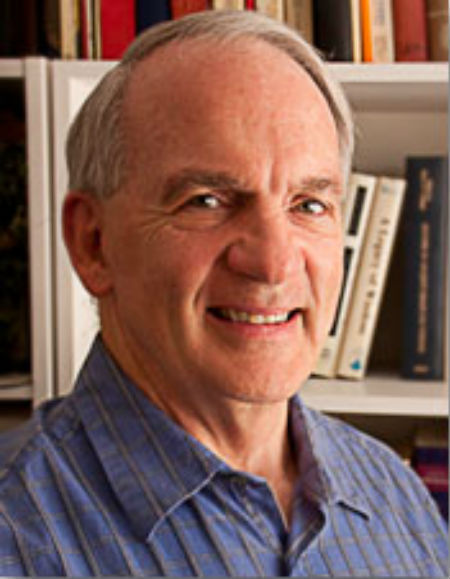 I would like to take this opportunity to introduce myself to you.  My name is Justin Alfred, and I was born and raised in Jackson, Mississippi.  I graduated from Murrah High School in Jackson in June, 1965, and went on to attend Mississippi State University on a football scholarship.  On October 1, 1965, I accepted Jesus Christ as my Lord and Savior through the ministry of some fellow athletes who were members of the Fellowship of Christian Athletes.  I in turn became very involved in the ministry of the Fellowship of Christian Athletes and had the opoportunity to share and minister throughout the southeast while in college.  During this time I also met and married my wife, Janie, and God has given us five beautiful daughters and two wonderful sons-in-law.  I graduated from Mississippi State in June, 1969, with a BA in history and philosophy, and then from New Orleans Baptist Theological Seminary in May, 1973, with a Th.M.  I pastored in south Louisiana for five years after finishing at NOBTS, and then my family and I moved to southern California in order that I might continue to do further studies.  I subsequently enrolled at UCLA and received an MA in Near Eastern Languages & Cultures and also began work toward a Ph.D. in that same field.  While in California, I was invited to become a part of the ministry at Calvary Chapel of Costa Mesa.  We left California in March, 1983, to pastor a church in Parker, Colorado, and then in June, 1984, I became the pastor of Calvary Chapel of Colorado Springs.  In April, 1997, my family and I moved to Murrieta, California where I served as an instructor at the Calvary Chapel Bible College for two years.  In May, 1999, I left the Bible College and began my present teaching ministry that now spans the United States and overseas.I have also been serving as an Adjunct Professor at the Azusa Pacific Seminary in San Diego since the Fall of 2004.

God has been so very gracious to my family and me over all these years, and we fully know and realize that apart from His grace and mercy, we have and are nothing. Consequently, as I view  God's grace and mercy toward me in the face of all my sin and failure, I have no recourse but to extend that same grace and mercy toward others that He has so abundantly lavished on me.  This, therefore, is the basis, goal and direction of this ministry, and I pray that God will indeed bless you as you seek Him in the truth of His Word as He has blessed my family and me.